A brief history of Manningtree 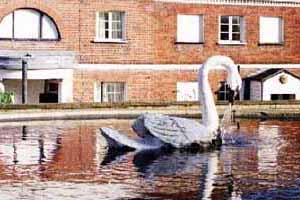 The origin of the name Manningtree is obscure, but by Tudor times it had become a thriving port known as Manytre. There are plenty of walks through the town with its imposing flat fronted Georgian facades, many of which conceal Tudor or Elizabethan houses with lath and plaster walls.  The ancient site of the market, at the crossroads in the town centre, is still known as Market Cross and there, in Elizabethan times, stood a public clock tower with a room beneath it for public assembly.

Much of the wealth of the town in those days came from the cloth trade and some fine examples of weavers cottages still stand in Brook Street and South Street.  There are two ancient coaching inns in the high street, with arched entrances leading to stable yards.

For two centuries, Manningtree and Mistley were important brewing centres and ports. Even today, although perhaps on a reduced scale, the brewing industry is still well represented and Mistley is a small but thriving port. 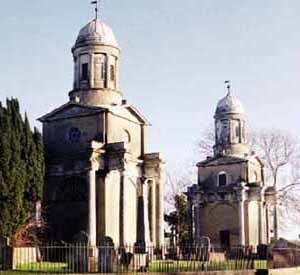 The unprepossessing outer parts of Manningtree give little clue to the extraordinary charm High Street which house an excellent selection of shops, pubs and restaurants.

The area acquired its Georgian character from Richard Rigby who had lavish plans to turn Mistley into a spa town. He engaged the famous architect Robert Adam, but his plans were never brought to fruition as money ran out when Rigby was disgraced because of his mismanagement of his position as Paymaster of the Forces.

Mistley Towers and the Swan Fountain are perhaps the most notable remains of Adam's work.

Matthew Hopkins, the notorious Witchfinder General of the 17th century, began his career at Manningtree by condemming a coven of witches and the names of those unfortunate women are still to be found locally.  Hopkins was paid twenty shillings for each witch discovered and suspects were tested by being bound and thrown into the river.  If they sank - and were drowned - they were declared innocent; if they floated they were proved witches and afterwards hanged or burnt at the stake.  Hopkins is buried at Mistley Heath. 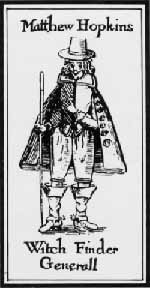